It's happened to everyone. You're speeding down the highway (but not past the speed limit, for those hard-working highway patrolmen and women who might be reading this!), enjoying the roar of the engine and the pitiful attempt of the wind to sound just as awesome. Suddenly you hear a light thunk and notice that it looks like Tinkerbell has been playing paintball with your windshield.

Dang it! Why didn't that stupid little so-and-so see this big ol' car and just fly out of the way?

Because physics says the bug didn't stand a chance.

The equation that best fits this situation is: F = ma, or Force = mass x acceleration. To explain it further:

Quite simply, mass refers to how much something weighs, and size doesn't always matter. After all, a pound of brick and a pound of feathers still weigh the same even though the pound of feathers takes up a lot more space. But in the case of car vs. bug, the tiny little bug that only weighs a fraction of an ounce cannot possibly win against a 2,000-pound vehicle with a massive windshield.

Strike one against the bug.

It's hard to imagine, but air and a brick wall have a lot in common. Air is made up of molecules and particles that interact with one another to form a structure, in much the same way that a brick wall is made of bricks and mortar to form a structure. And depending on how an object is designed, air can act upon that object very much like a wall. A good way to test this is to stick a hand out the window while driving at high speed. With the hand flat and the palm facing forward, it's difficult to hold the hand in one spot without it being pushed back. The force is tremendous. But turn the hand so that the palm faces down, and there's barely any pressure.

The study of how an object moves through the air (and how air moves around objects) is known as aerodynamics. In a way, aerodynamics is an invisible part of the equation. Car manufacturers build cars differently depending on what they want that car to do. A car that is built for racing, for example, will be built with a smoother, sleeker, rounder design than, say, the average minivan. This is so the car can "cut through" the air and accelerate more efficiently, just like when the hand was turned palm down.

What this means for the poor bug is that as it gets closer to the car, aerodynamics conspire with the acceleration of the car to change the direction and speed of the air going around the car. To a bug, it's the equivalent of hitting turbulence or wind shear in an airplane, and the bug cannot control where it's going.

When the masses and accelerations of the car and bug finally collide at a single point, the exoskeleton of the bug cannot withstand the resulting combined force, and the bug becomes nothing more than a splatter of goop on the windshield.

While some products on the market, such as deflectors, can help reduce the number of bugs, not to mention other objects that might meet their fate on the windshield and even do damage to the windshield, the only foolproof way to ensure the safety of all miniature life is never to drive at all.

It's easier to own a squeegee and to consult a company like Tim's Collision & Service Center for repairs.

So, the next time you're driving down the highway and see a splat appear before your eyes, just say, "Sorry, buddy... It's physics." 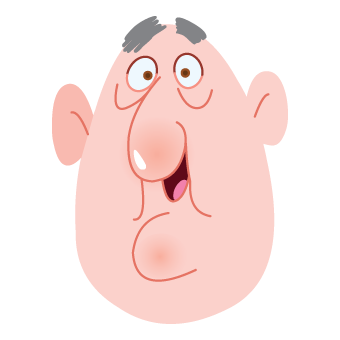 After years of faithful service, my old car finally gave up the ghost. It didn't take long for me to realize that no one was going to buy it. Since the engine was worthless trying to use it as a trade-in was also a long shot. Eventually, I started calling around to companies that offered cash for junk cars. One of them made an offer that was clearly better than the rest. They also offered free pickup, provided I signed over the title. If you have an old car taking up space in the driveway, let me make some suggestions on how to find the right buyer. Before you know it, that old clunker will be gone and you'll have some cash to use for whatever you like, even as a down payment on another car!